The difference between high-strength bolts and ordinary bolts 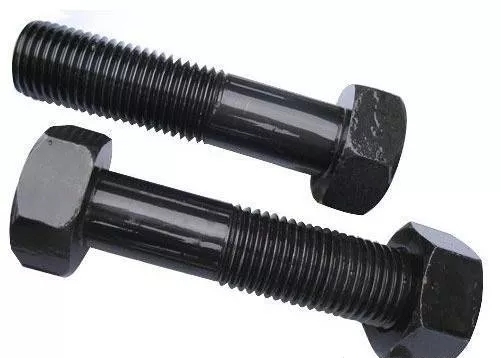 The difference between high-strength bolts and ordinary bolts

First, the production materials are different (see the description on the 5th floor);

Third, the installation method is different: ordinary bolts can be tightened with ordinary wrenches, high-strength bolts should be screwed to the pre-tension required by the specification with a special torque wrench.

1. The weld grade is the construction acceptance level and there are three levels. The third level is the lowest, only visual inspection and dimensional inspection are required. The second-level requirements are for ultrasonic inspection. The highest level is required, and all inspections are required.

3. Butt welds are generally required to be non-destructively tested (or partially required). Therefore, the welding grade of the butt weld is generally two or one level, not less than two.

4. It is not necessary for non-destructive testing of fillet welds. Therefore, if the fillet weld is one level, it does not make much sense. Generally fillet welds are secondary or tertiary.

5. For the weld grade, see 7.1.1 of the steel gauge, and pay attention to the provisions of the article.

4. The bolted joints of the main components of the building structure are generally connected by high-strength bolts.

5. The factory's high-strength bolts are not divided into pressure-bearing type or friction type.

(1) Friction-type high-strength bolts are slipped between the plates as the limit state of load carrying capacity.

(2) The bearing type high-strength bolts are slipped between the plates as the normal use limit state, and the connection failure is taken as the limit state of the load capacity.

7. Friction type high strength bolts do not fully exploit the potential of bolts. In practical applications, friction-type high-strength screws should be used for important structures or structures subjected to dynamic loads, especially when the load causes reverse stress. In this case, the unutilized bolt potential can be used as a safety reserve. In addition to this, high-strength bolted connections should be used to reduce the cost.

The difference between ordinary bolts and high-strength bolts

8. Ordinary bolts can be reused, and high-strength bolts cannot be reused.

9. High-strength bolts are generally made of high-strength steel (45 gauge steel (8.8s), 20MmTiB (10.9S), which is a pre-stressed bolt. The friction type uses a torque wrench to apply the specified pre-stress, and the pressure type unscrews the plum head. Ordinary bolt Usually made of ordinary steel (Q235), just tighten it.

11. The screw holes of ordinary bolts are not necessarily larger than those of high-strength bolts. In fact, ordinary bolt holes are relatively small.

13. Friction type high strength bolts transmit load by friction, so the difference between screw and screw hole can reach 1.5~2.0mm.

14. The force transmission characteristic of the pressure-bearing high-strength bolt is to ensure that the shear force does not exceed the friction force under normal use conditions, which is the same as the friction type high-strength bolt. When the load is increased again, the relative slip will occur between the connecting plates. The connection relies on the shearing of the screw and the pressure of the hole wall to transmit the force, which is the same as the ordinary bolt, so the difference between the screw and the screw hole is slightly smaller, 1.0~1.5mm.

19. Anchor bolts have no grade, only material points: Q235 and Q345. The most anchor bolts on the building structure are the anchor bolts.

21. The manufacturing standards for column anchors should be the same as those for ordinary bolts. The length of the column anchor should be related to the friction between the concrete and the concrete, and the form of the anchor.

22. Whether it is an expansion anchor or a chemical anchor, it is not a connection form in the national standard. Avoid using such connections, especially in important connections. All pre-embedded parts should be used.

23. The expansion anchor is mainly pulled by the expansion of the expansion tube and the friction of the crucible. The relationship between the size of the pull-out force and the construction process is large, and the human factor is large. It is useless to perform the tensile test.

24. The chemical anchor bolt is formed by punching with a punching machine, and the plug rod is placed, and then poured into a chemical slurry to form an anchoring action. Common brands such as Fischer and Heineken.

25. Expansion bolts and chemical bolts are actually anchored. In some cases, expansion bolts or chemical anchors are required because they are not pre-buried. But this situation should be avoided in the design. Because the anchors should be pre-buried. For example, column anchors. Because this is the only way to ensure the best bonding and stress. And after the hole punching, it often causes damage to the steel bars and the shackles in the shackles.

26. In the regulations, the components embedded in the concrete are called embedded parts. According to the Ministry of Construction documents, expansion bolts shall not be used for curtain walls. For new construction projects, expansion anchors are strictly forbidden and should be pre-buried.